In this webinar, Flexport's Tim Vorderstrasse will share how companies can navigate the intricacies of the drawback process with minimal effort, tips for calculating your potential refund, and show how you can get the largest potential refund possible. 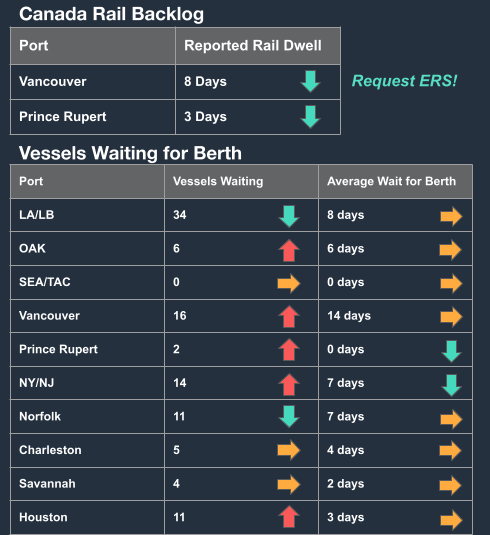 The U.S. Senate voted affirmatively on a motion by Senator Pat Toomey (R-PA) to see language reopening the Section 301 Exclusion Process included in the compromise China trade bill.1 The House's America COMPETES Act omits language on the Section 301 exclusions while the Senate’s USICA instructs the US Trade Representative to reopen the exclusion process while permitting some space for her keep the process closed. The vote was not binding, but rather an expression of the chamber’s sentiments leading up to the negotiations on the compromise bill.

Port of Los Angeles Not Yet Impacted by Shanghai Lockdowns According to Supply Chain Dive, the Port of Los Angeles has not yet seen a noticeable impact from the Covid-19 lockdowns in Shanghai, as the number of vessels leaving China and bound for San Pedro Bay has remained consistent. Meanwhile, the lockdown has mostly affected shippers with supply constraints slowing assembly lines.

China Lockdowns Prompt Increase in Blank Sailings The Loadstar has reported that ocean carrier alliances are preparing to blank more than a third of their sailings from Asia in the coming weeks, due to this reduction in export freight. In response to the increase in blank sailings, cargo lead times from Asia to North Europe will continue to grow.

Weekly Economic Report: Jobs Galore By almost any measure, the U.S. labor market looks very strong. Unemployment was low, job creation was high, and there were record levels of job openings and quits. The combination likely means that wages will push upward and stoke inflation, despite weaker wage growth in April.

Air Timeliness Indicator The Air Timeliness Indicator measures the amount of time taken to move airfreight along two major trade lanes from the point of consolidation to arrival at final destination. The latest indicator saw a slight decrease for the Transpacific Eastbound lane (TPEB) at 11.5 days in the four weeks leading to May 1. For the Far-East Westbound lane (FEWB), delays once again beat their highest level since February 1, hitting 10.7 days as networks continue adjusting to the changes in operations required by the conflict in Ukraine.

Ocean Timeliness Indicator The Ocean Timeliness Indicator similarly measures transit time for ocean freight along the same two trade lanes. In the past week TPEB fell for the second consecutive week to 103 days, it’s lowest reading since November 7. The FEWB also saw another drop down to 105 days, continuing a seasonal shift related to the Lunar New Year Holiday in Asia and returning to levels last seen at the end of October.