Ocean and air freight rates and trends; customs and trade industry news plus Covid-19 impacts for the week of August 16, 2022. 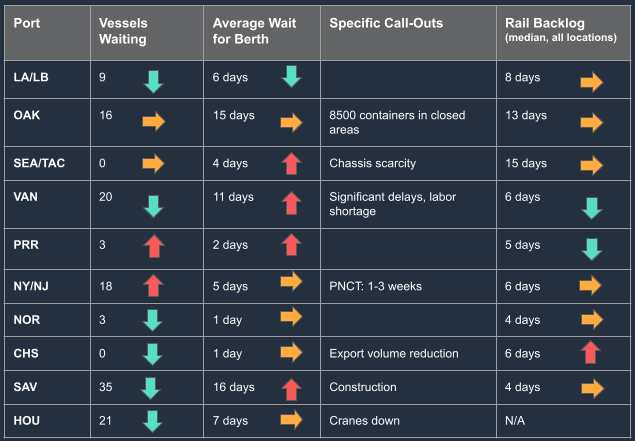 U.S. Customs and Border Protection (CBP) recently issued a new Withhold Release Order (WRO) prohibiting the importation of garments made wholly or in part by Natchi Apparel (P) Ltd. in India. The WRO was published on CBP’s Withhold Release Orders and Findings List and entered into effect on July 29. Importers of shipments detained under the WRO will have 90 days to export the merchandise or contest the detention based on evidence that the subject products were not produced with forced labor.

The Federal Maritime Commission (FMC) published a Request for Information on August 15. The Request seeks public comment on whether congestion of the carriage of goods has “created an emergency situation causing substantial, adverse effect on the competitiveness and reliability of the international ocean transportation supply system.” Comments may be submitted by email to secretary@fmc.gov, on or before September 14, 2022.

According to The Loadstar, container spot rates are steeply declining on all export routes from China during a historically high season for demand. As average wait times at Los Angeles and Long Beach terminals drop to three days, spot rates are seeing a dip across both US east coast and west coast ports. Ocean carriers will likely look to blank as much capacity in coming period to maintain the supply and demand balance.

The US federal program “Rebuilding American Infrastructure with Sustainability and Equity” (RAISE) has awarded almost $57M in grant money to increase intermodal rail capacity at select ports and develop inland ports with capacity for rail switching. Read more about the specific grant projects at FreightWaves.

Weekly Economic Report: Up, Down, or Sideways

This past week offered two detailed reports on the state of U.S. inflation, the Consumer and Producer Price Indices. Lower numbers cheered analysts and investors, but were they looking at the right numbers? We sort it out.

Also a reminder: the weekly economic report is now its own newsletter! You can sign up here to have these insights delivered directly to your inbox each week.