Ocean and air freight rates and trends; customs and trade industry news plus Covid-19 impacts for the week of September 6, 2022. 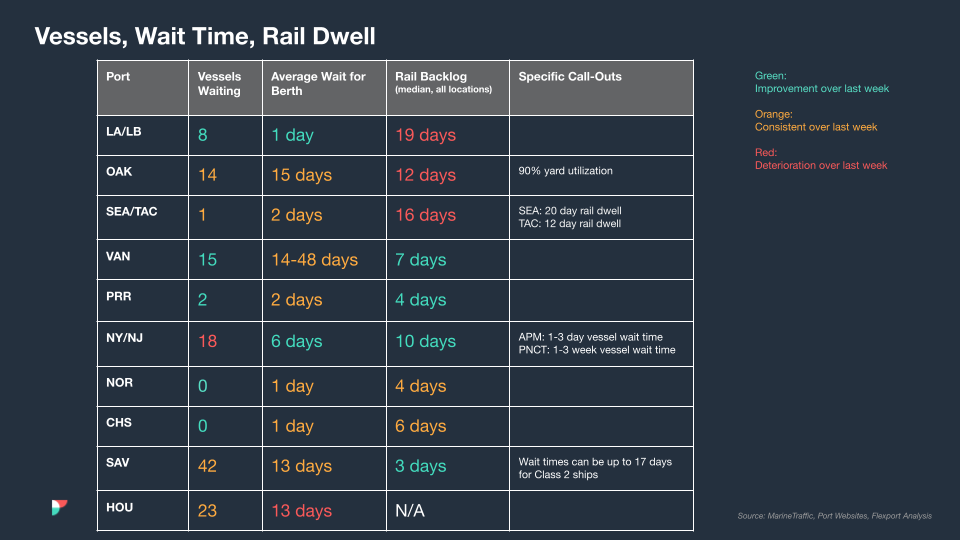 The Office of the U.S. Trade Representative officially confirmed on September 2 that representatives of domestic industries requested the continuation of the Section 301 tariffs during the first phase of the tariffs’ statutory four-year review. USTR’s formal notice of the continuation may be found here. Details on the next steps in the four-year review process will be set out in subsequent notices.

According to Port Technology, a recent typhoon “Storm Hinnamnor” has reached Chinese and Japanese coasts over the weekend, prompting China to close ports in Yangshan and Ningbo. South Korea’s Busan port has also halted operations in anticipation of the typhoon’s landfall.

According to The Loadstar, US ports are seeing the congestion shift from the west coast to the east coast, as shippers anticipated delays from the ongoing labor conflict. Savannah has the most vessels waiting at port, while New York and New Jersey are struggling to clear their ports as they experience the shortage in chassis.

South Korea is the first country to report August trade data, providing a “canary in the coal mine” for global activity. Total export growth is slowing and its shipments of semiconductors have started to fall. Neither bode well for global trade activity or the economy at large.