Ocean, trucking, and air freight rates and trends for the week of August 1, 2018. 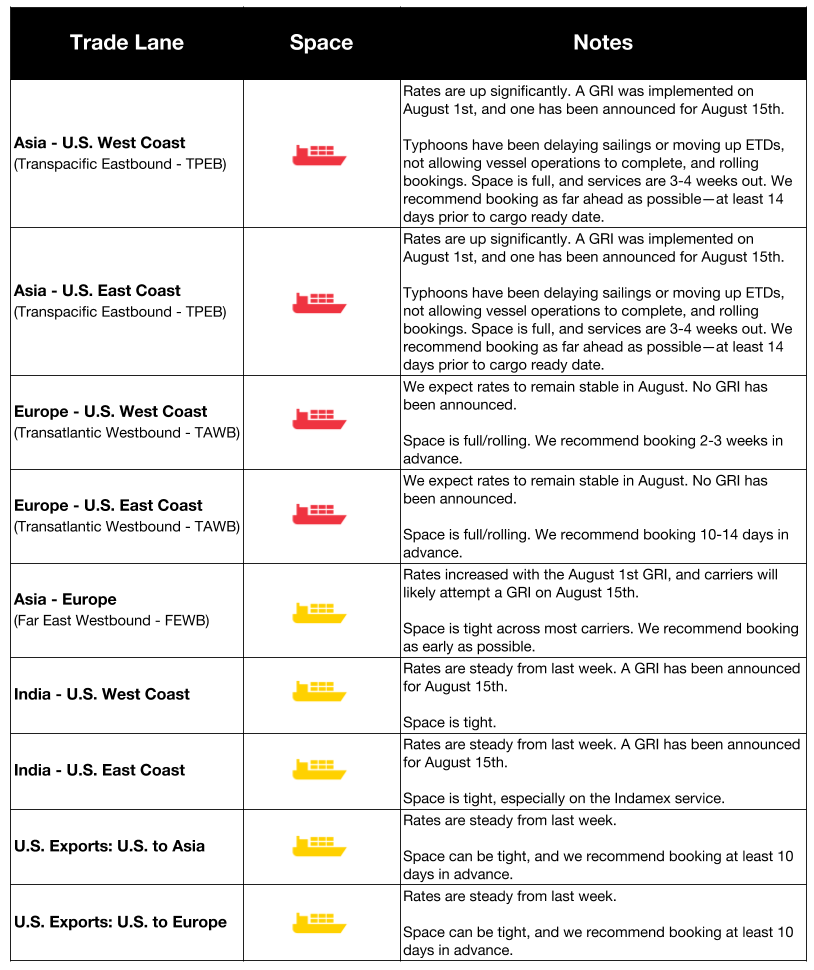 The White House recently said it’s considering raising the most recent round of tariffs on $200 billion of Chinese goods from 10% to 25%. The final rate won’t be decided until September at the earliest.

Related blog post: What the Newest Round of Tariffs Means for Consumer Goods Brands

Spot rates and import volume have been increasing ahead of predicted levels, so carriers are pushing for spot increases of $600 to $1,000 per FEU in August and September. This is most evident for East Coast imports.

High Capacity at Port of Antwerp Causes Delays for Shippers

North Europe’s hub ports are reporting record volume growth, with the Port of Antwerp reaching its maximum capacity. The record growth is causing lengthy delays for shipments as containers move from deep-sea terminals to inland destinations.

Last Tuesday, Cosco’s U.S. operations were the target of a cyber attack, which affected its ability to communicate with its vessels, customers, and marine terminals. This follows the cyber attack that targeted Maersk in June 2017 and cost the company as much as $300 million in revenue.

The attack on Cosco only slowed operations, as the carrier had “work-arounds” in place via phone and hard-copy transmissions. Operations have since been restored. 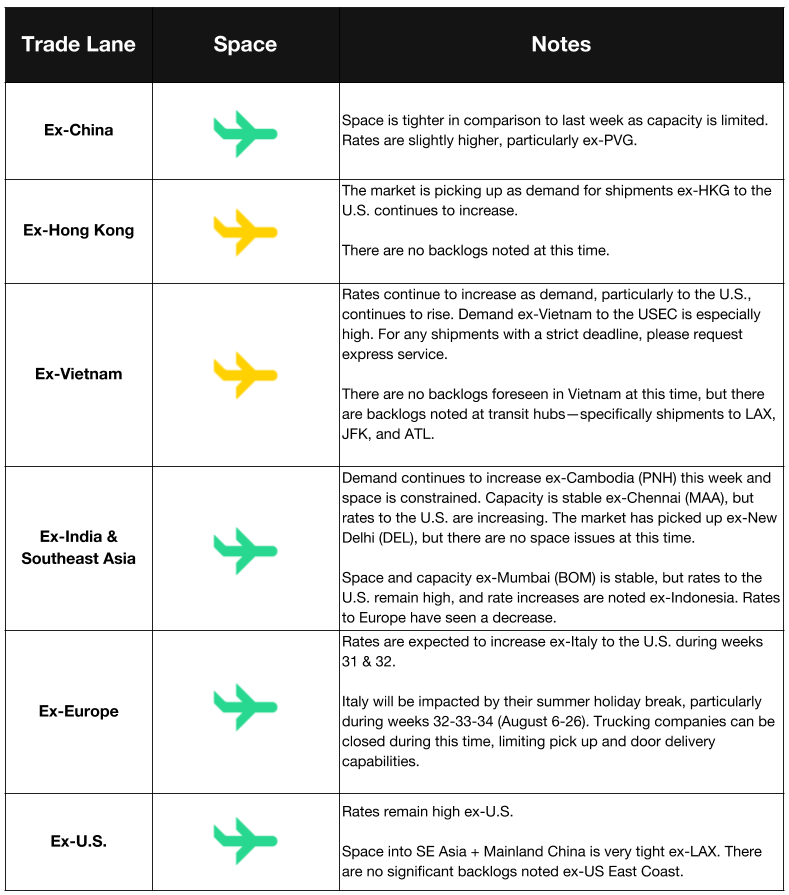