Ocean, trucking, and air freight rates and trends for the week of September 26, 2018. 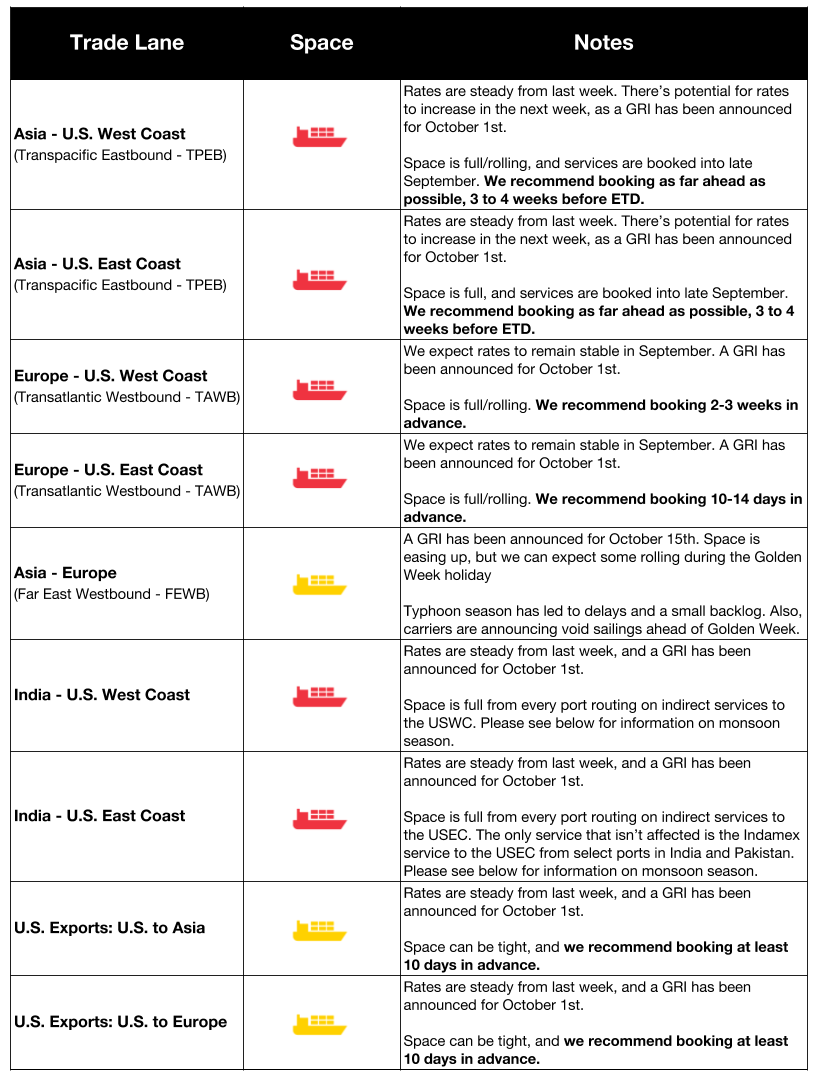 Category 3 Super Typhoon Trami is expected to hit the Ryukyu islands south of Japan, including Okinawa, on Friday night into Saturday morning. The storm is on track to move northeast, making landfall over Kagoshima Prefecture on Sunday afternoon and into early next week.

We will  be in touch with clients who have potentially affected shipments.

TPEB space is full/rolling. We recommend booking services as early as possible - at least 3-4 weeks before ETD, as services are full through Golden Week. 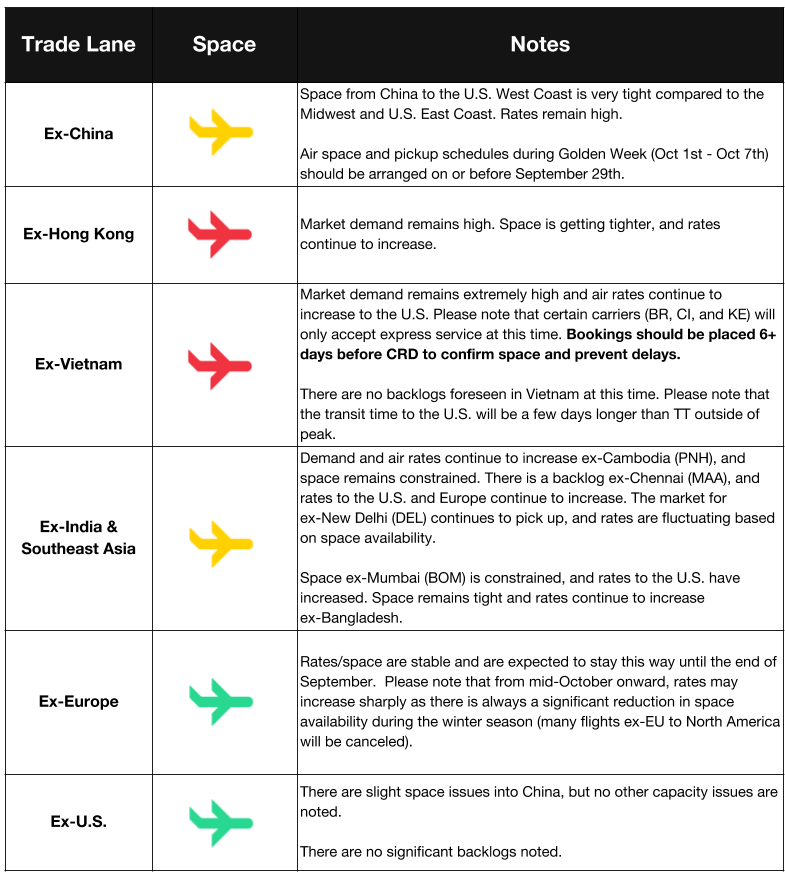 The transpacific air freight sector sees tight capacity and high rates as peak season soars, reports The Loadstar. Aside from standard peak season causes, the threat of a new round of tariffs has motivated many to move up shipments. Europe’s peak’s season is likely to begin soon, as well.