Ocean, trucking, and air freight rates and trends for the week of April 4, 2018. 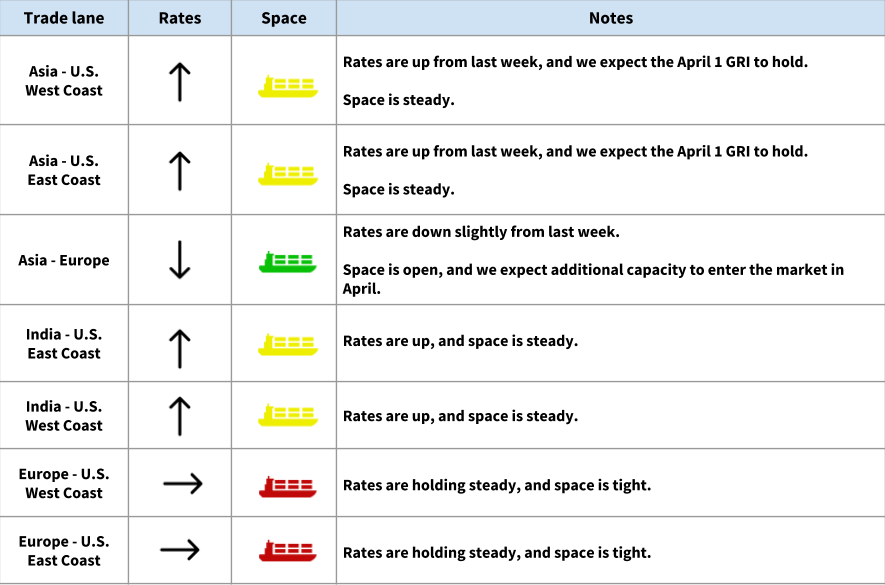 Early indications are that the GRI will hold, as rates were low in March.

Transatlantic Westbound space remains full week over week. Services are generally tight due to a number of weather disruptions and port closures. 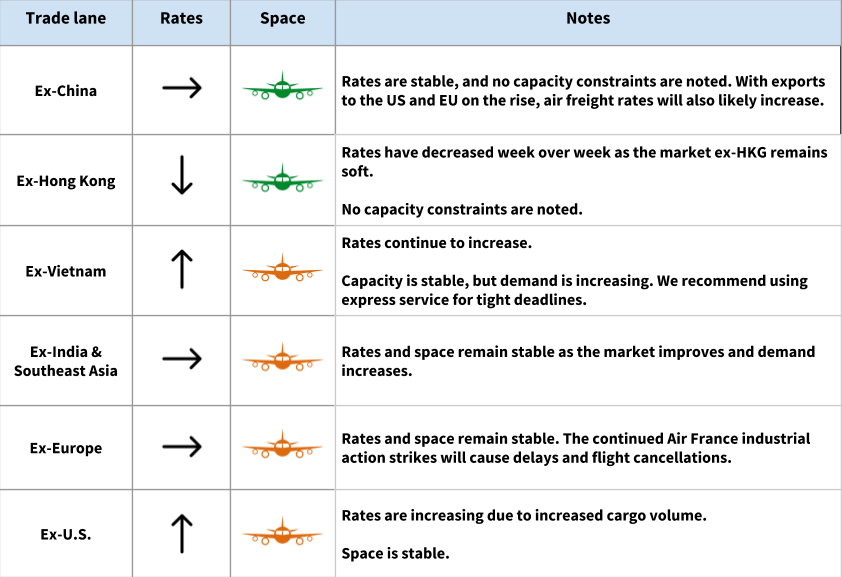 Demand Out of Vietnam Increases

Demand is picking up ex-Vietnam, in comparison to the past several weeks. Although no backlogs are foreseen, we recommend booking space as early as possible.

For shipments with tight deadlines, use express service to guarantee arrival dates.

Air France employees are planning on a new round of strikes, scheduled for Saturday, April 7th, Tuesday, April 10th, and Wednesday, April 11th.

The additional strikes will likely result in delays and some flight cancellations.

Trucker Pay is Up as Driver Shortage Continues

As driver shortage concerns become real, trucker pay is on the rise, according to the American Trucking Association’s (ATA) Driver Compensation Study. According to the study results, compensation increases were even more noticeable for private fleet drivers.

In an attempt to attract new drivers, many carriers are also offering signing bonuses, health insurance, and retirement funds.