Ocean and air freight rates and trends; customs and trade industry news plus Covid-19 impacts for the week of August 30, 2022. 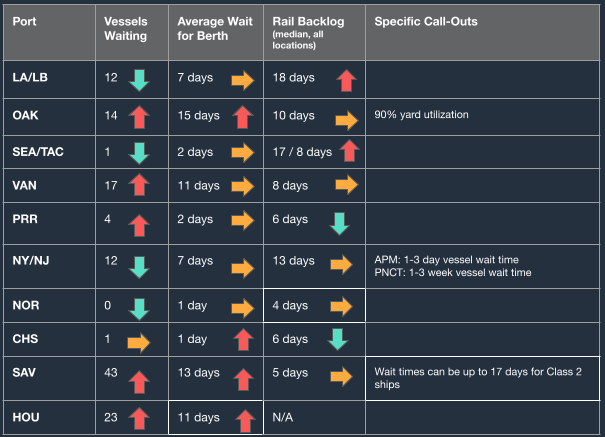 The United Kingdom announced the launch of its new Developing Countries Trading Scheme (DCTS). This scheme applies to 65 countries and provides for lower tariffs and simplified rules of origin requirements for exporting to the UK. The scheme is set to enter into force in early 2023.

In an August 24 Federal Register Notice, U.S. Customs and Border Protection revoked hundreds of Customs Brokers’ Licenses. Both individual and corporate brokers’ licenses were revoked due to failure to comply with the triennial reporting requirements under 19 CFR 111.30.

The Loadstar reports that container spot rates continue to accelerate downwards, representing a softening in the market. This decline comes at a time generally marked by peak season, just ahead of the Chinese Golden Week holiday. As spot rates drop, carriers are forced to renegotiate long-term contract rates previously set at higher rates.

The Wall Street Journal reports that supply chain bottlenecks have shifted from water to land, as transportation equipment critical to moving food becomes harder to find. Both Chicago and Kansas City, MO, are seeing lengthy backups at distribution hubs. This is occurring as demand for space on container ships is waning.

In a major speech, Fed Chair Jay Powell predicted a prolonged battle to bring down inflation. While there have been some positive inflation numbers of late, the more positive numbers were also the less reliable ones.