Ocean, trucking, and air freight rates and trends for the week of August 8, 2018. 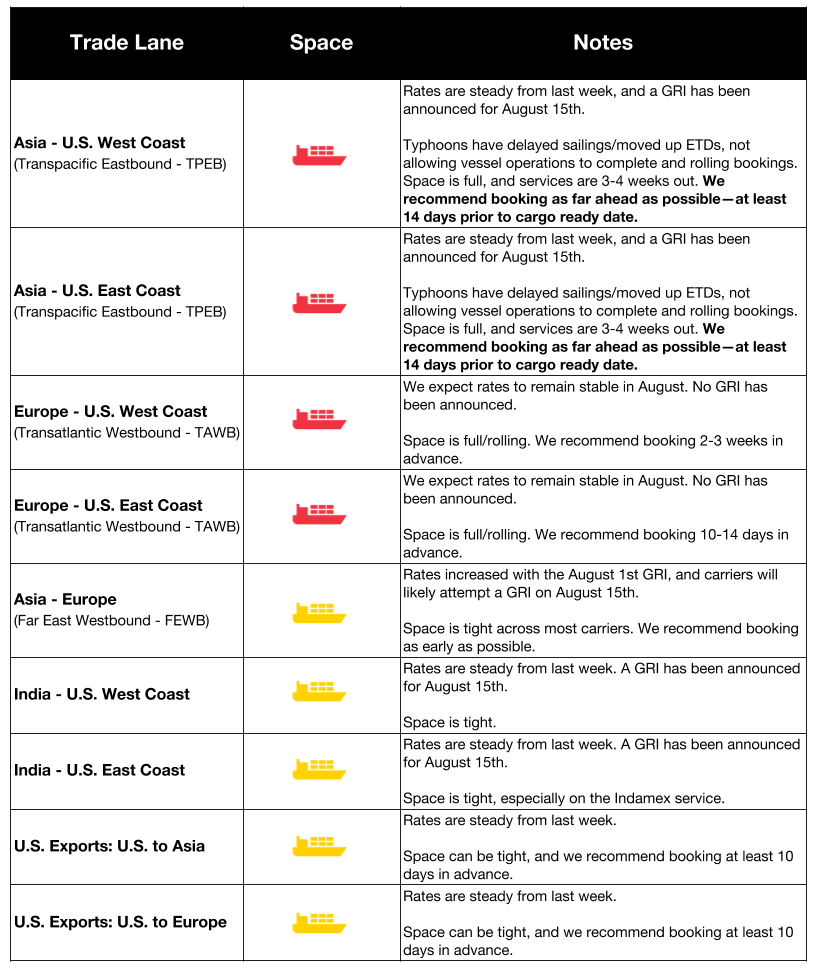 Rising fuel prices, escalating trade tensions, and soft freight rates are three factors contributing to Maersk’s announcement on Tuesday that its earnings would be lower than expected. The world’s largest cargo carrier plans for core profits of $3.5bn to $4.2bn, compared to last year’s guidance of $4bn to $5bn. Analysts predict lower earnings among top operators. 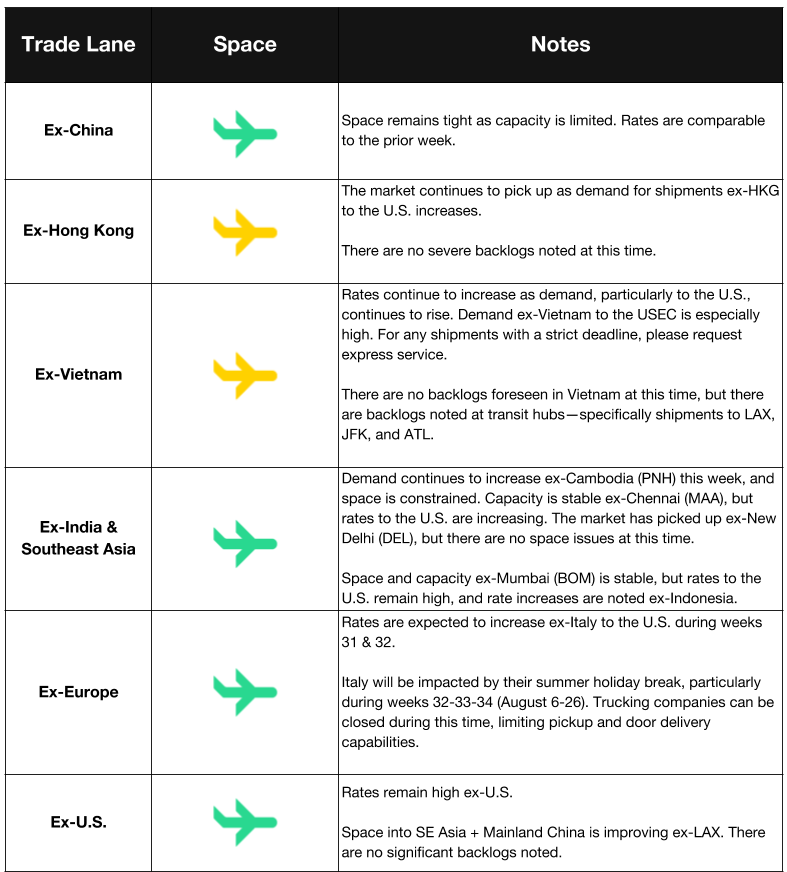