Ocean, trucking, and air freight rates and trends for the week of July, 2018. 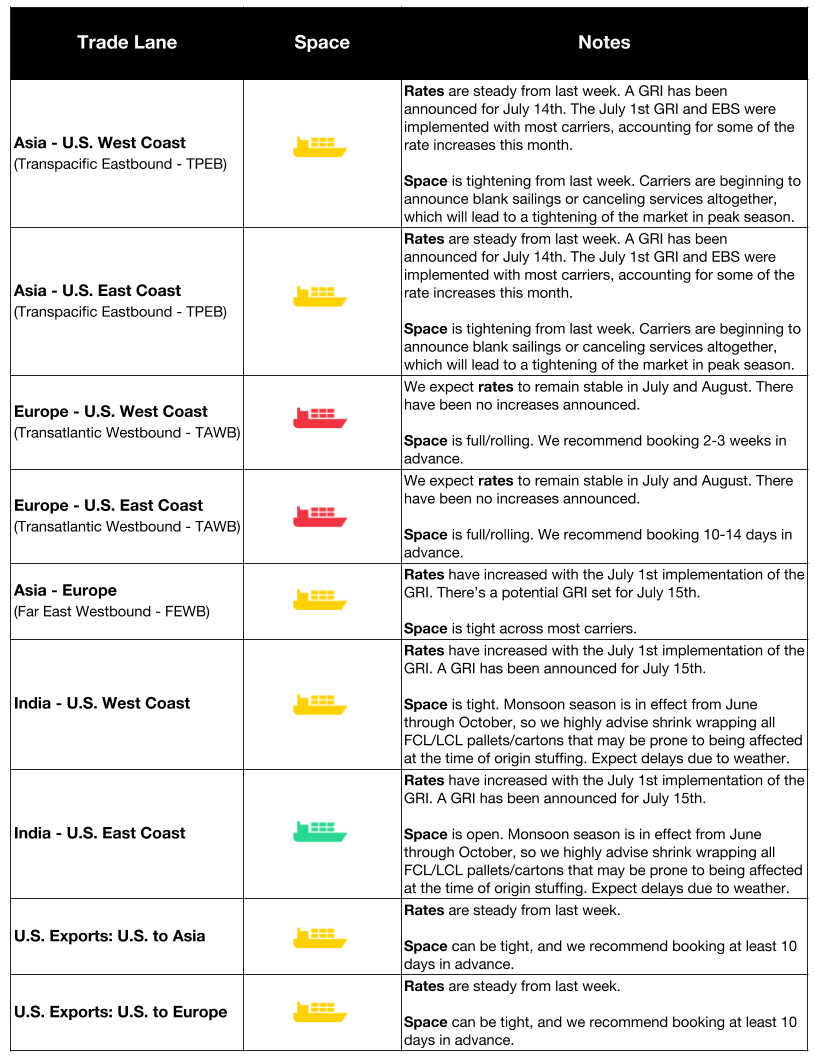 Typhoon Maria has made landfall, and is affecting a number of people. Hundreds of thousands of people have been evacuated, major roadways have been destroyed, and a number of schools have closed until further notice.

Please note that shipments will be delayed due to the typhoon. We will continue to be in contact with our clients regarding any existing or upcoming shipments that may be affected.

U.S. Threatens Additional Tariffs on $200 Billion Worth of Chinese Goods

The trade dispute escalated on Tuesday, as the Trump administration said it would levy tariffs on an additional $200 billion worth of goods. These tariffs will go into effect if Beijing does not change its trade practices. The new round of tariffs would increase prices for a number of American retailers, affecting consumer goods such as electronics, tools, and housewares.

Concern among large manufacturers (in anticipation of changes to trade policies), paired with growing retail demand, has led to an increase in cargo volume at U.S. seaports. The National Retail Federation reports that in the first half of the year, retail imports to U.S. ports should reach 10.2 million 20-foot equivalent units (TEUs), which is an increase of 3.8% year-over-year. 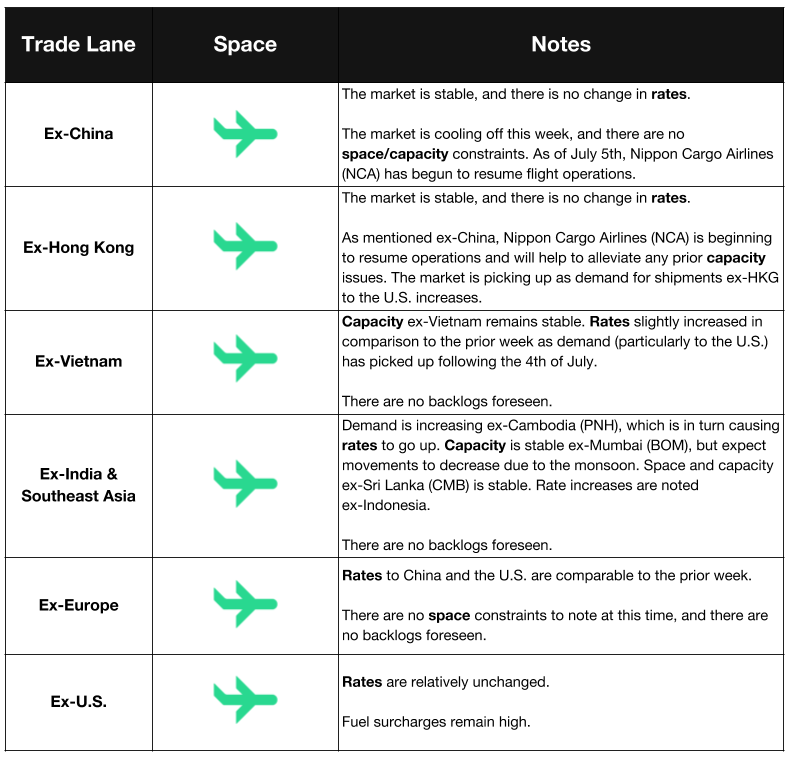