Ocean, trucking, and air freight rates and trends for the week of June 28, 2018. 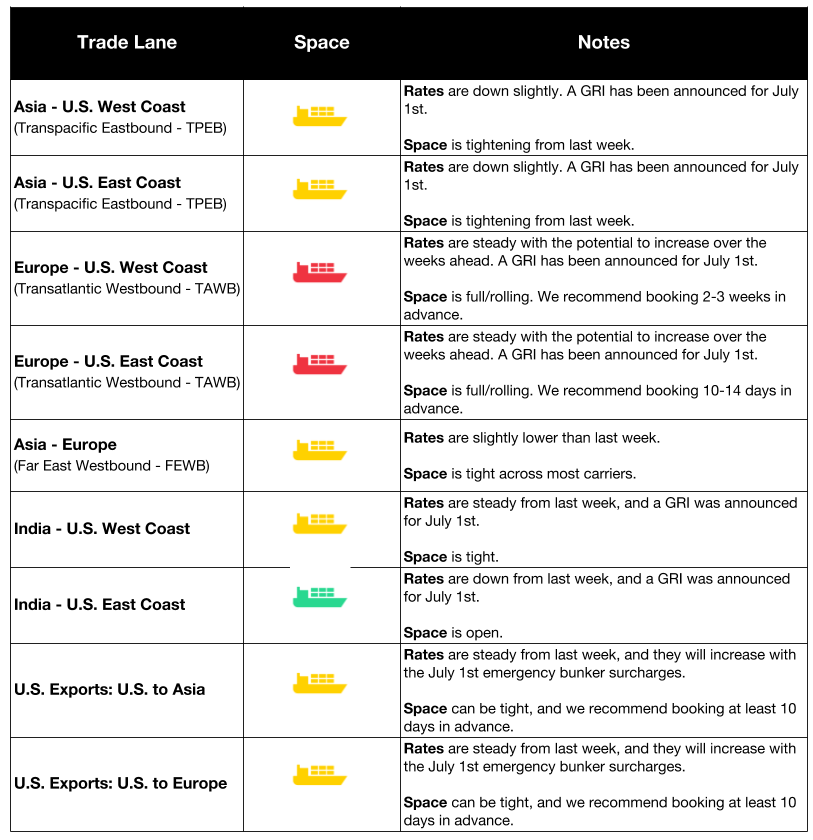 Concern among large manufacturers (in anticipation of changes to trade policies), paired with growing retail demand, has led to an increase in cargo volume at U.S. seaports. The National Retail Federation reports that in the first half of the year, retail imports to U.S. ports should reach 10.2 million 20-foot equivalent units (TEUs), which is an increase of 3.8% year-over-year.

Responding to President Trump’s duties on steel and aluminum imports, the EU will start imposing retaliatory tariffs on U.S. goods on Friday. These rebalancing measures will immediately target a list of products worth €2.8 billion and will come into effect on June 22nd, increasing the total worth to €6.4 billion 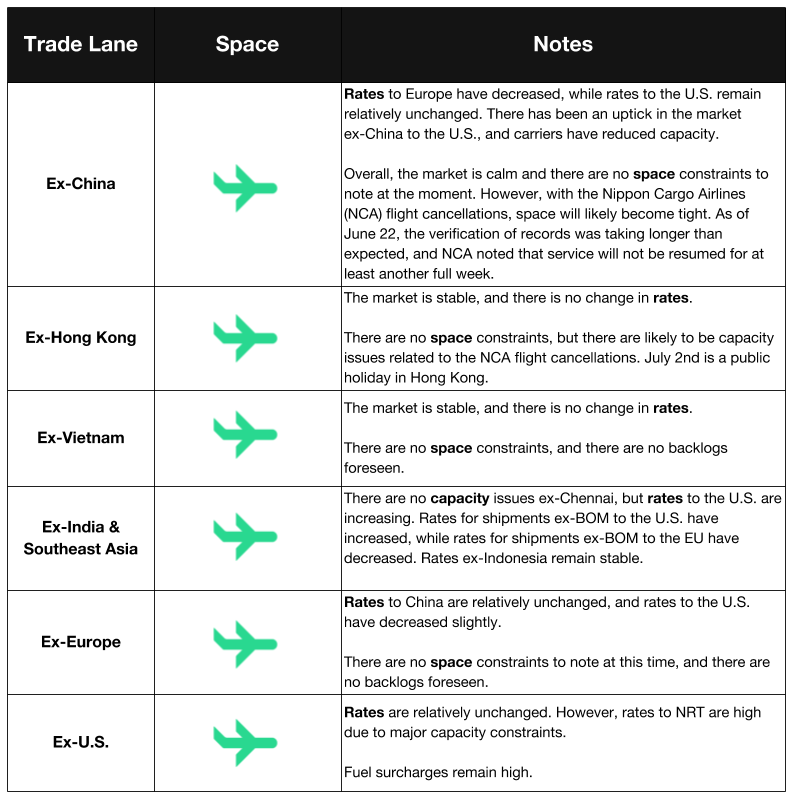 Eleven NCA 747 freighters were grounded on Saturday (June 16th) after government inspectors uncovered “inappropriate” maintenance records at its Narita hub. Inspections are currently underway, and NCA said the suspension will be in place for at least a week. The maintenance record in question concerns “lubricating oil supply to the aircraft parts at Narita airport on 3 April,” reports The Loadstar_. _