Ocean and air freight rates and trends; trucking and customs news for the week of March 27, 2019. 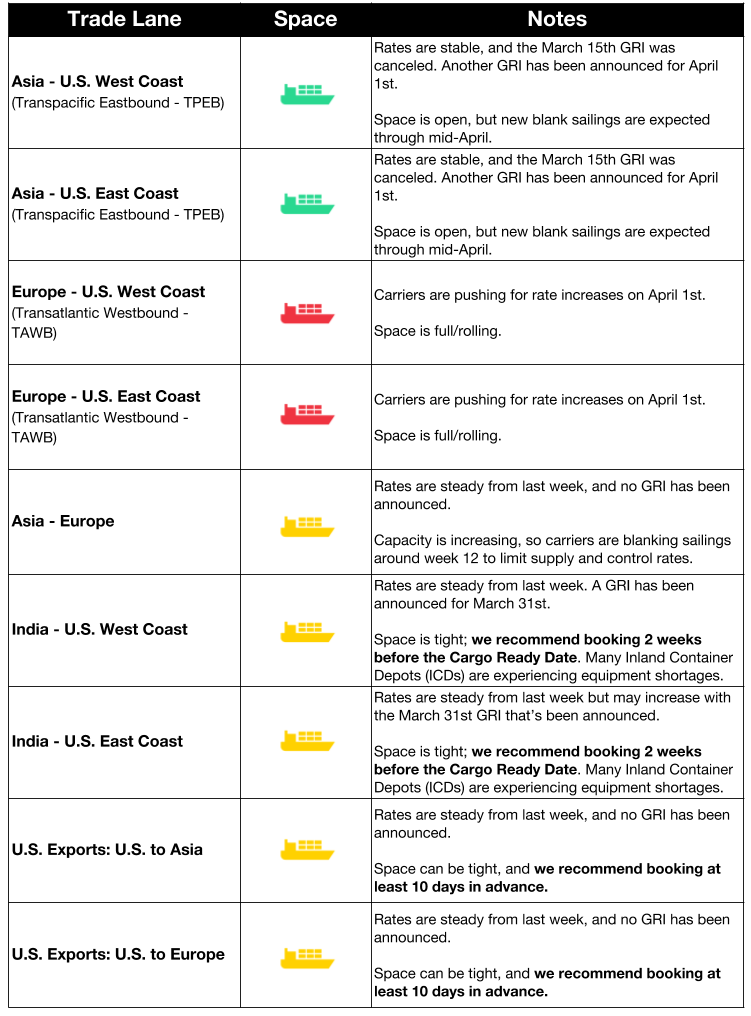 Quay side operations have improved, but a shortage of haulage capacity restricts movement. Haulage capacity in Germany remains a challenge, reducing intake of barges and increasing moves via rail and truck. There are no solid plans for Brexit yet from carriers. 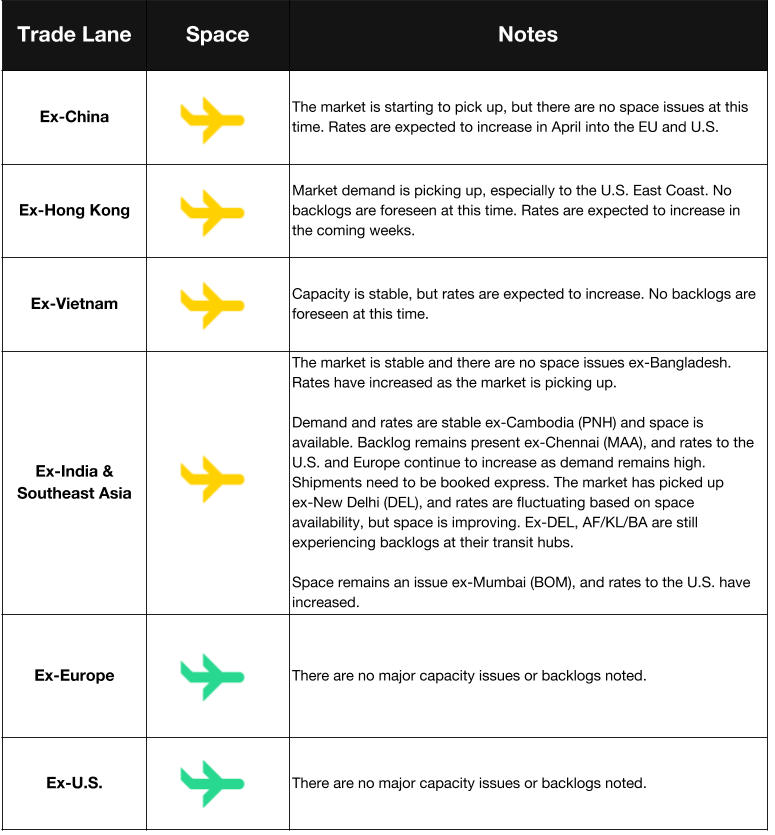 **Apple iPad Cases Ruled to Be Plastic Articles, not Accessories **

Customs and Border Protection (CBP) ruled in HQ H21396, published on March 19th, that a plastic Apple iPad 2 “smart cover” is not considered an accessory for an automatic data processing machine under HS heading 8473. Apple argued that because the case is specifically fitted, provides protection, and functions as a stand, that it should be considered an accessory under heading 8473. In an initial ruling Apple had disagreed with findings from the Port of Chicago to classify the item under heading 3926, and pushed for another ruling, which upheld the decision.

The presidents of the U.S. and Brazil met on March 19th and announced that they will work together on a trade program between the two countries. Per their press release, lowering tariffs on goods from both countries will help reduce costs for both American and Brazilian companies.

For a roundup of tariff-related news, read our Tariff Insider_. _