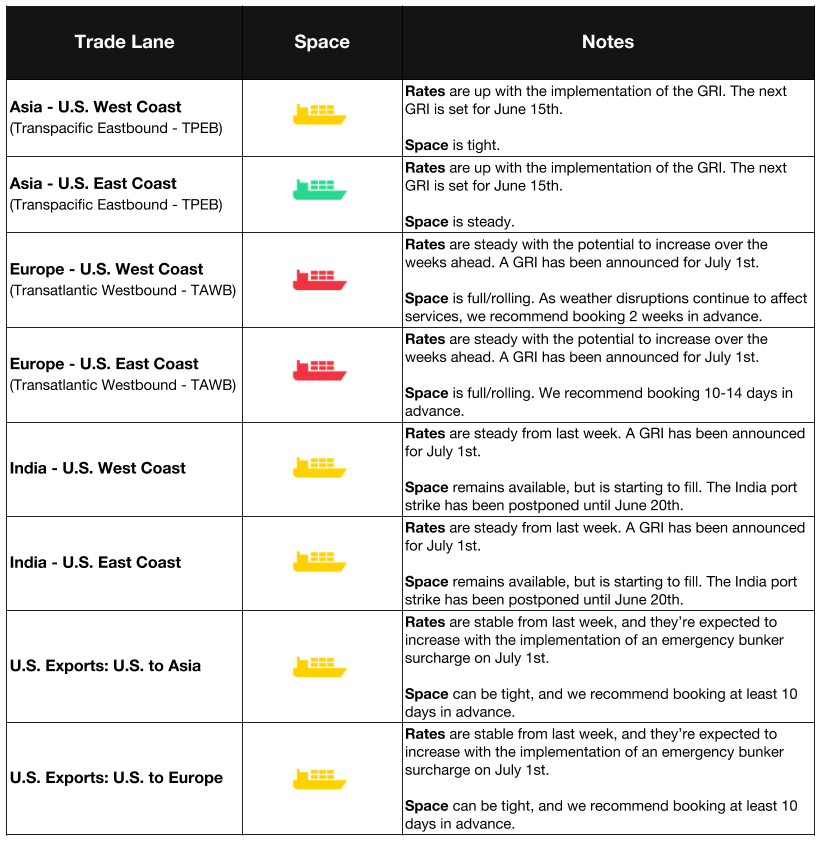 **Bunker Surcharges Not Embraced by Shippers **

New emergency bunker surcharges (EBSs), which started last week with announcements from MSC, Maersk, and CMA-CGM, are sparking anger among shipping and 3PL customers, reports The Loadstar. Carriers implementing the charge have said the fees are non-negotiable.

Just in time for the summer-autumn peak season, Trans-Pacific spot rates made their first year-over-year gain of 2018. This is a sign that eastbound Pacific is returning to normal seasonal trends after two years of disruption.

Due to the rising bunker fuel costs, unit costs have increased for carriers. According to IHS Markit, the price of ISO 380 bunker fuel jumped 21.4% since April. 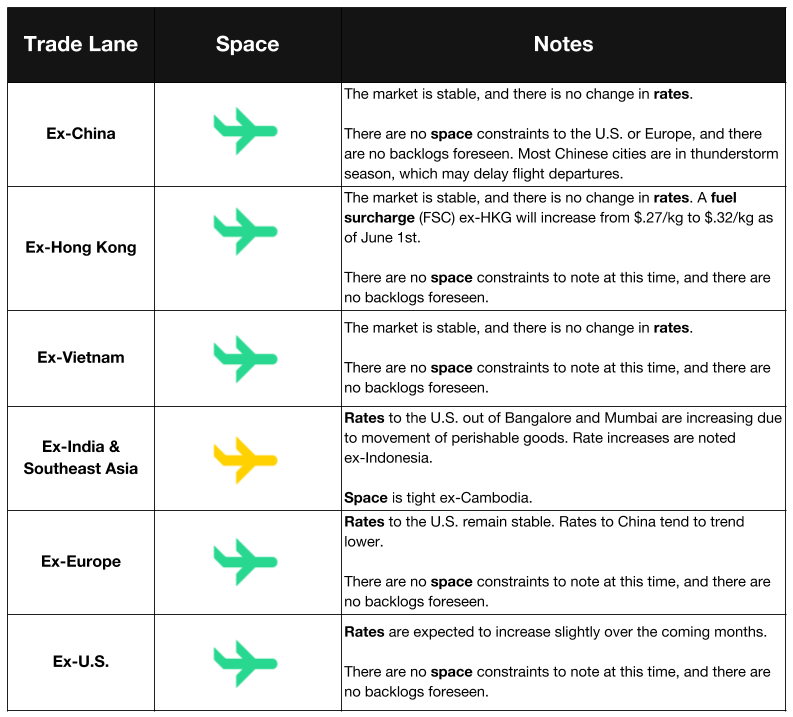 In response to Russia’s “failure” to grant overflight rights to US airlines, the US Department of Transportation (DoT) set new requirements for AirBridgeCargo, Aeroflot and Yakutia. The requirements, which are to be fulfilled by May 30th, require the affected groups to file service schedules and details on equipment, frequencies, airports and flight times.

ABCAM, the national truckers association in Brazil, said that 200,000 of the country’s 1,000,000 truck drivers are protesting the country’s rising diesel fuel prices. Fuel represents about 42% of the trucker’s costs, and the average price is up 16% from a year ago.

Truckers have blocked highways and urban traffic areas, affecting the transportation of a number of key global goods, including grains, meat, coffee, and sugar. There is no date set for the strike to end.

Rail dwell times are between 9-13 days in Vancouver. Please be prepared for delays, and plan shipments accordingly.

According to the DAT Freight Index, freight availability rose 32% in April. Despite this, flatbed, van, and reefer rates were up from March. Trucking shipments increased 2.1% month-to-month in April.