Ocean, air, and trucking freight rates and trends for the week of April 11, 2018. 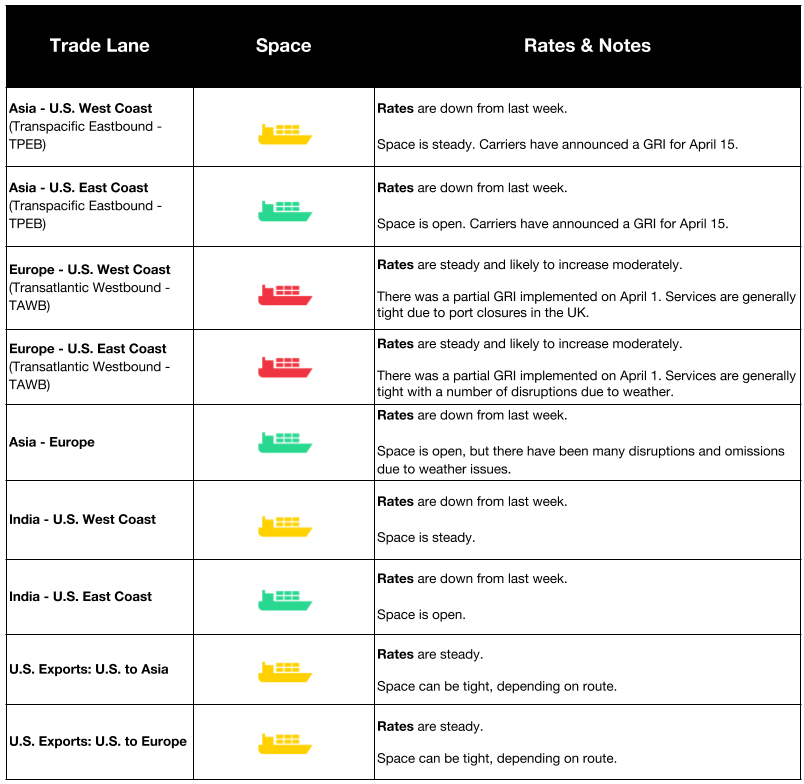 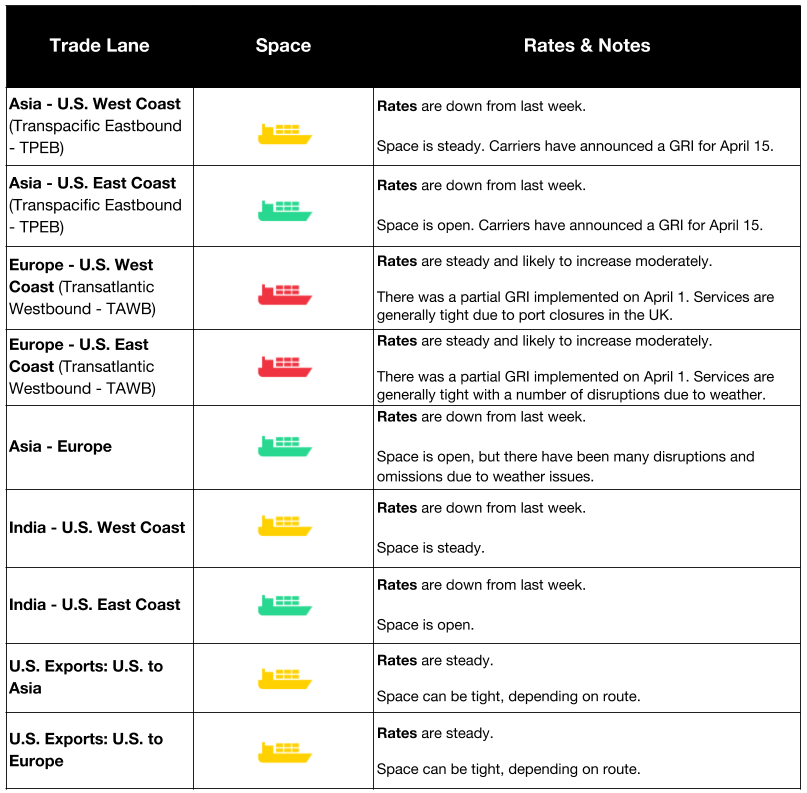 The April 1 GRI for TAWB was partially implemented. 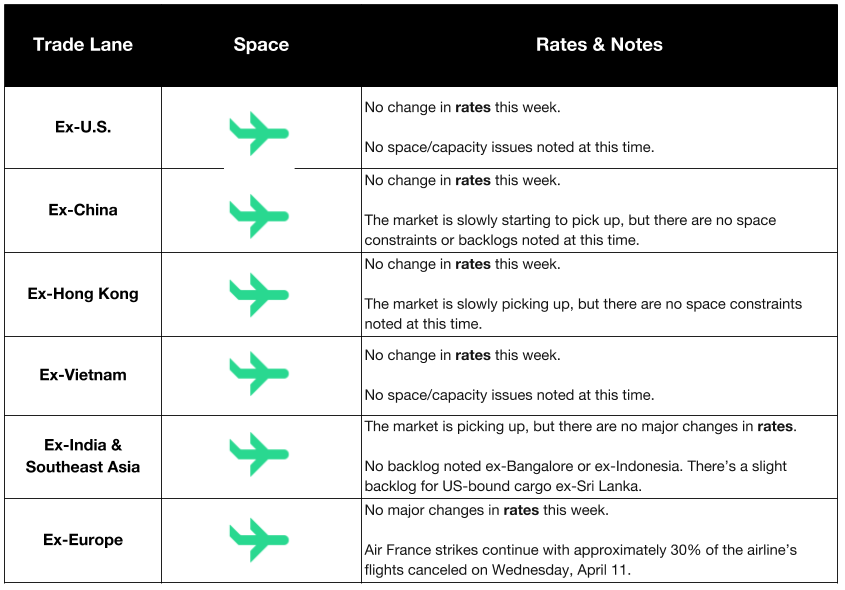 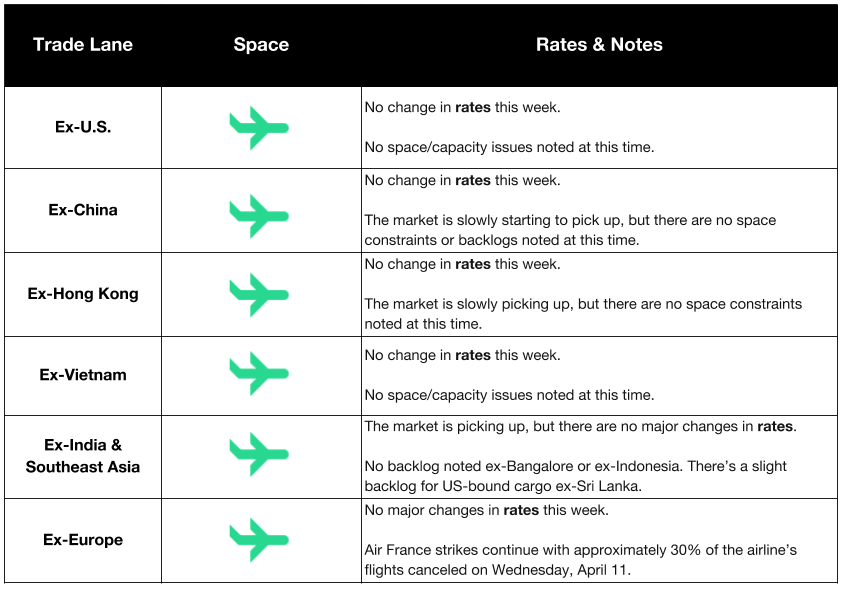 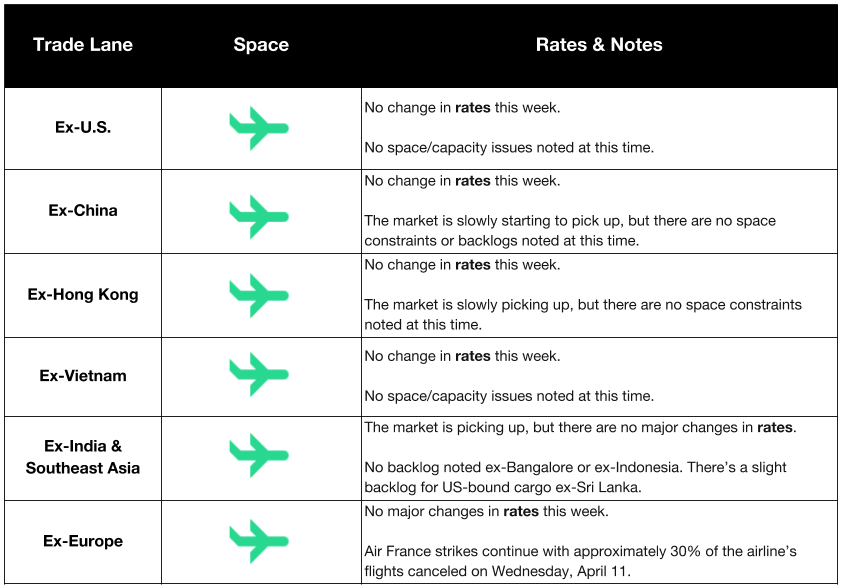 **No Major Changes in Rates This Week **

Space is open across lanes, and there were no major changes in rates. The market is picking up Ex-India & Southeast Asia.

Sources projected approximately 30% of Air France flights to be canceled on Wednesday, April 11, due to continuing strikes. This represents about 40% of long-haul flights and 25% of short-haul flights.

Air France staff unions are looking for a 6% pay raise across the board, as wages have been frozen since 2011. The strike began on February 22, and potential strikes could take place on April 17, 18, 23, and 24, according to the Air France website.

Early signs indicate that spot truck rates will continue to rise through June. This news follows the 10 cents increase in the average U.S. truckload dry van spot market in the first few days of April.

For several years, trucking companies have considered spring the new peak season for shipping. Factors contributing to this increase in demand include early autumn retail demand, holidays, and the beginning of produce season. A shortage of drivers has also contributed to the tightening truck capacity.